So many jokes about the midlife crisis; about hitting the half century.  And I laughed and thought nothing of it.  And then, like puberty or an unexpected menopause, it hit. lol

So, I went to the wife and said “what do you think – bike or another woman?”  And surprisingly… she said bike!  Which was a bit of a bugger on the one front (it’d been twenty-five years since I gave that old Triumph TR25W away) and yet also a relief – I think a bike would probably end up breaking fewer bones.

As I said, twenty-five years… I was always happy on my old 250cc, so I never bothered with my bike licence.  And then I got the car licence and the next time I looked, the swine had changed the law and the trumpet was out of bounds…  I never thought I’d ride again.  But I am not alone in my dotage, and a few of my peer group moved back to fun on two wheels, some others had bought new shiny shiny toys, and gradually the infection took force.

Over the last two weeks I’ve done the intensive “Direct Access” training.  It’s not the easiest nor the cheapest couple of weeks I’ve ever had.  Starting back in mid-August with the Theory and Hazard Perception Tests, then last Tuesday (Monday being Bank Holiday) at Bristol Motorcycle Training at Hambrook for the CBT (compulsory basic training… this is a bike, this is the seat…). The training centre was brilliant – the instructors and staff couldn’t have been more friendly and helpful – thanks folks.  Module 1 (manouvering test through the cones) was last Friday, and this morning I passed the Module 2 (on road assessment). 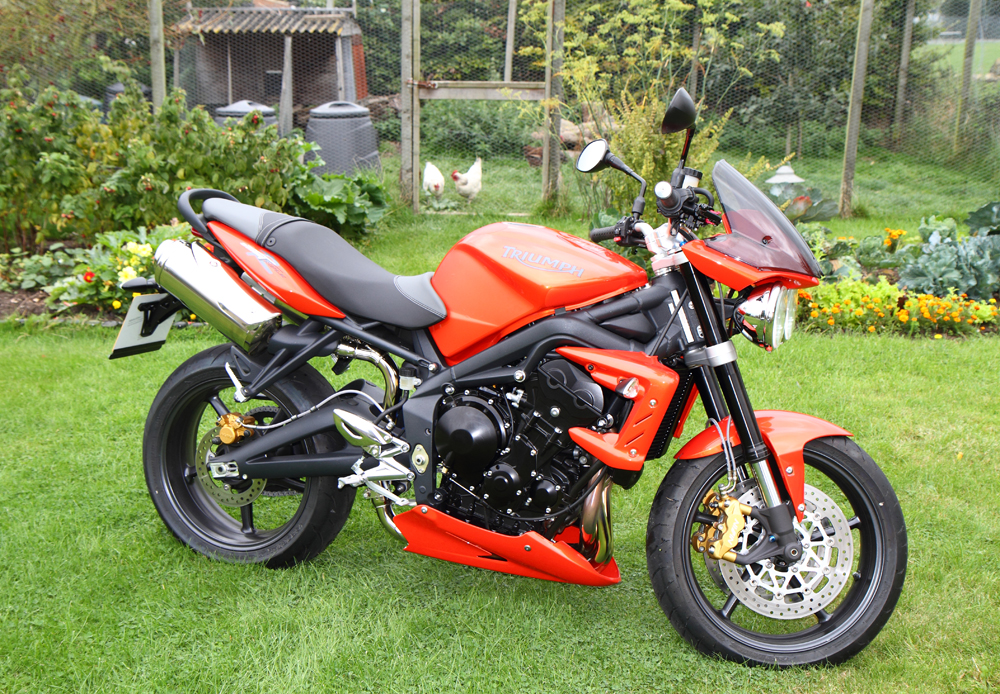 I guess the whole thing will cost less than £10k.  I’m reliably informed that’s a lot cheaper than another woman.  And hopefully it will cause fewer broken bones… 🙂